Ashley Brown was born and raised in Pooler, Ga., leaving temporarily but always returning home. A graduate of Groves High School and Armstrong State University with a degree in Criminal Justice, Brown has proudly served with the Savannah Police Department for the last twenty-four years on various departments such as; Undercover Vice, Homicide, and Patrol. Through hard work and commitment Brown was able to work his way through the ranks to become Captain within the department. During his time as Captain he was in command of patrol precincts as well as a variety of specialized units, such as the End Gun Violence program. Grateful for the opportunity he has been given of coming home to Pooler as our new Chief, Brown states that he is happy to get started on this new adventure and eager to serve his home town. 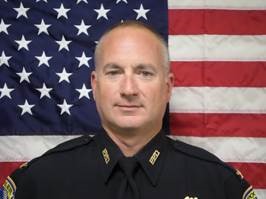